KIMBERLIN is a film and spatial sound work in collaboration with composer Abul Mogard.

kimberlin (n.) 1. Portland dialect for a person living on the Isle of Portland who does not descend from a lineage of at least two generations of Portlanders. 2. Portland dialect for a person from Weymouth, or by extension, a stranger, outsider or foreigner. [Middle English cǒmeling n. From Old Germanic comling & (early) komeling, kimeling. Non-native, foreigner] / k’ɪmbəlɪn /

Kimberlin is a film constructed around the discovery of an underground cinema cavern on the Isle of Portland in Dorset. The uncanny discovery and subsequent breaking news begin to generate speculation amongst islanders as to who created the cavern and the cannisters of super-8mm film found within it.

Filmed on Portland in the months following the United Kingdom’s European Union membership referendum and scored with Abul Mogard’s dense, layered Farfisa organ tones, Kimberlin takes the viewer on a journey imbued with an ambiguous sense of (be)longing and loneliness. Digital and super-8mm film, field recordings and the Mogard soundtrack combine in an experimental form, synthesising cinematic and musical space. 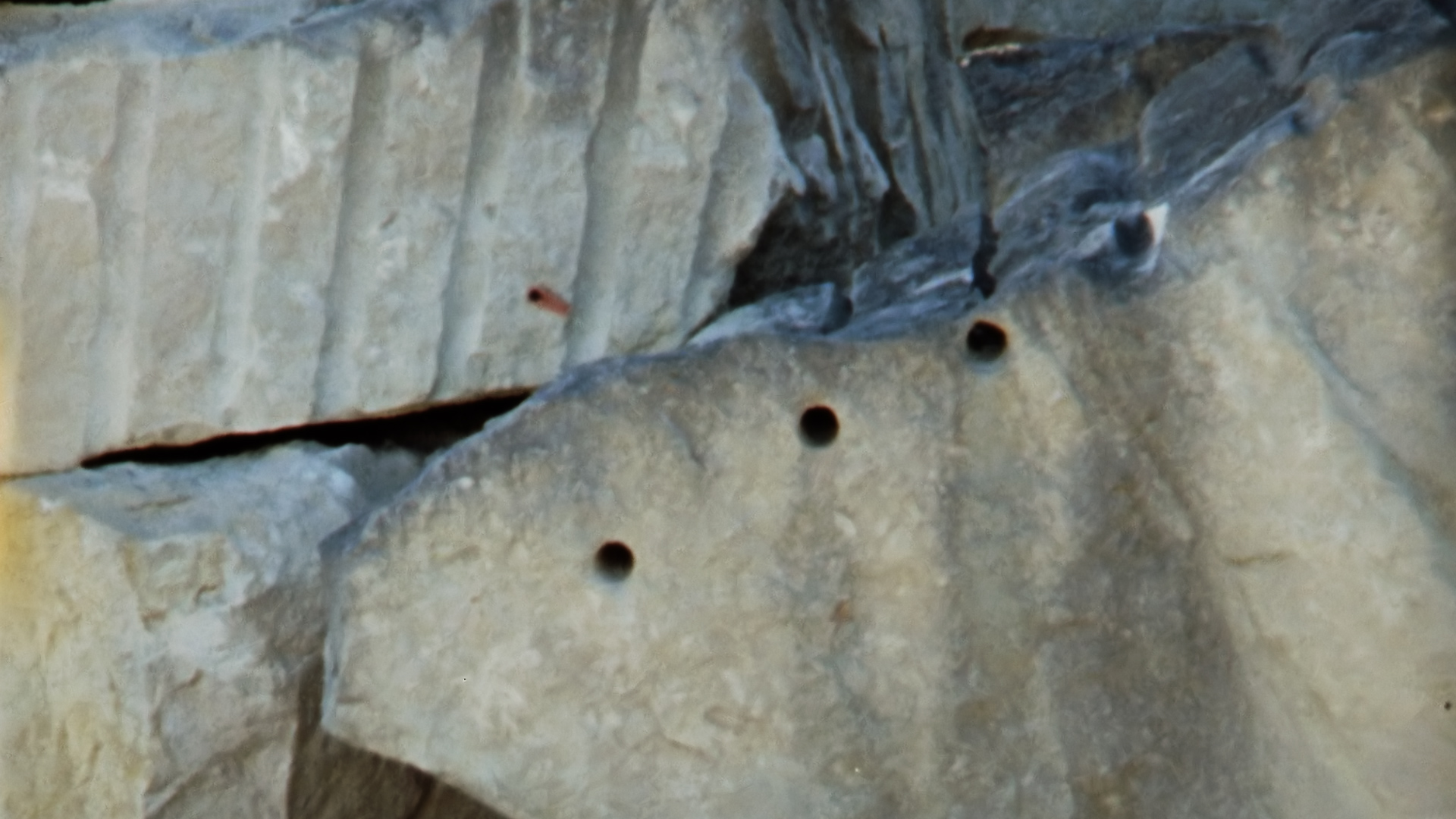