Do you remember the Handsworth Cultural Centre? Join Vivid Projects and Collecting Birmingham for the first of a series of events that will explore some of the hidden histories of Birmingham, contained in their archives and collections. This special event at Soho House comprises a rare screening of African Oasis (1982), a documentary exploring the former Handsworth Cultural centre and a Q&A with the director Yugesh Walia and producer Roger Shannon. The screening is accompanied by a pop up presentation of selected material from the print archive of Brian Homer, a photographer, designer and writer who was part of the original Handsworth Self Portrait project in 1979. Active in community publishing for over 30 years, Brian will share notable editions from the alternative news and listings magazines Grapevine and Broadside produced in Handsworth during the 1970- early 1980s.

Film description African Oasis was funded by the Arts Council in 1982, and produced by Birmingham Film Workshop. Director Yugesh Walia covers all aspects of the cultural and social provision offered by the Handsworth Cultural Centre, including dance, music, film and the African Village, which were all part of the Centre’s unique approach to ‘re culturalisation’ and the development of new cultural identities in the face of negative stereotyping. Both the dance company Kokuma and reggae band Oneness are filmed in concert, and in the studio spaces at the Centre. Bob Ramdhanie and Derrick Anderson discuss eloquently the background and the need for such a Centre in Handsworth.

Produced by Roger Shannon, African Oasis is one of a trio of films that Birmingham based director Yugesh Walia made in the early 1980′s  with funding from West Midlands Arts, Birmingham Film Workshop and the Arts Council of Great Britain highlighting aspects of Black and Asian culture in Britain (Mirror Mirror, 1980; Sweet Chariot, 1981; African Oasis, 1982). 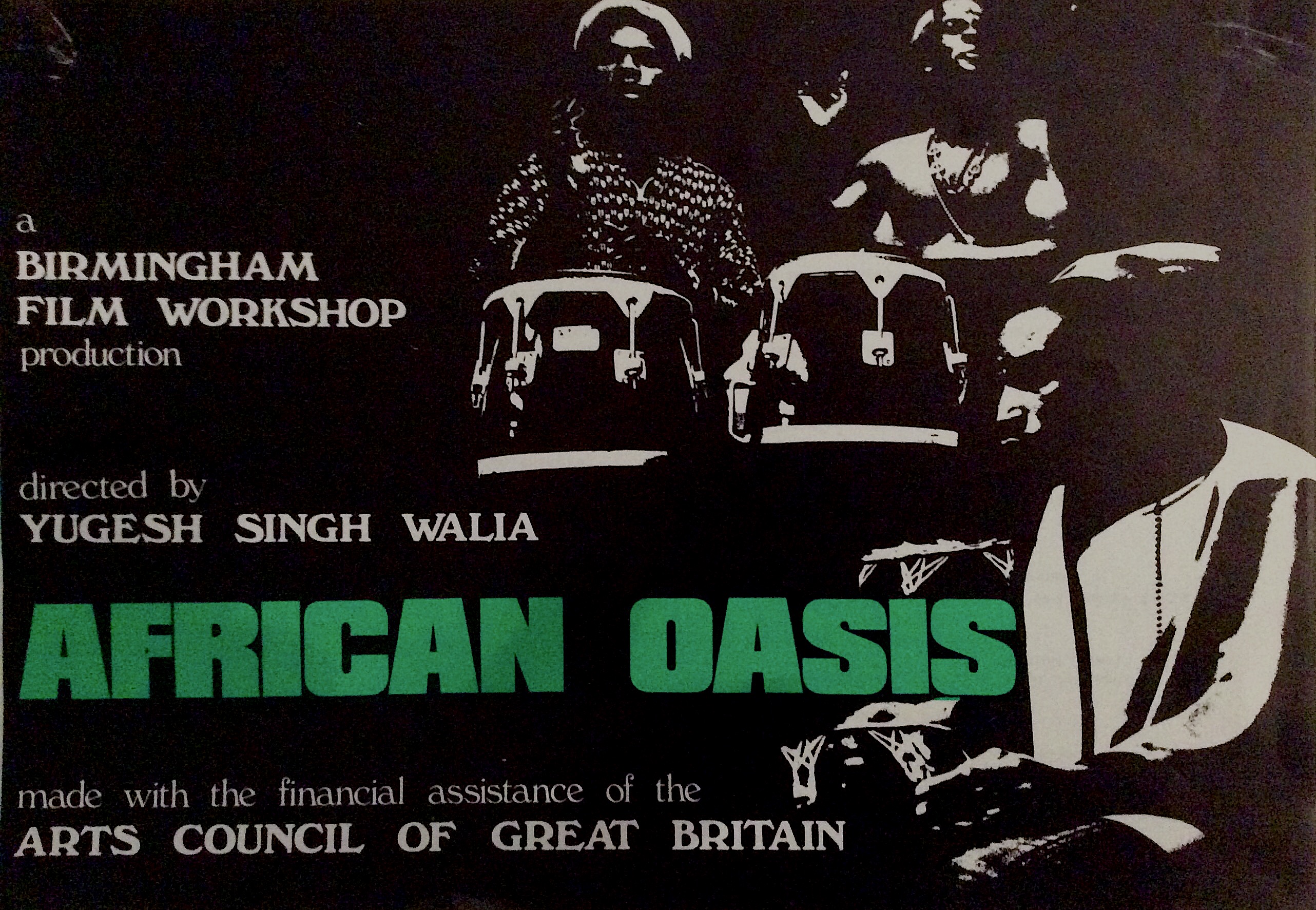