S A B O T A G E engages audiences from within the spectacle of a 24/7 news culture, reflecting and amplifying the chaos of contemporary politics and events. The project invites its audience to consider the audio/visual overload that is produced by a media within which news channels have moved towards sensationalism, entertainment and opinion, and away from traditional values of verification, relevance, depth and quality of interpretation. It highlights Kovach and Rosenstiel’s “Journalism of assertion” which focuses on how putting a claim into the arena of public discussion as quickly as possible undermines the accuracy of responding to the source of the report. This dissonance echoes the artist’s own neurological complications that resulted from a head injury occurring in 2014, forcing the artist to take a hiatus before returning in late 2017.

For VLTV, the artist presents a new iteration that appropriates public domain video and audio footage covering West Midlands surveillance operations and reports on organised crime investigations with the focus of illegal drugs. In July 2020, police arrested more than 700 suspects, seizing £54m in cash and tonnes of drugs in the UK’s “Biggest and most significant” operation ever against organised crime. The extent of the reach of these activities becomes newsworthy once the distribution happens over the county lines, effectively associating the working class alongside the more affluent classes. This often goes unnoticed when the epidemic remains contained within deprived areas, and leads to an almost sciophobic reaction to the cliche of the hooded drug dealer; a symbol of fear within suburban culture. 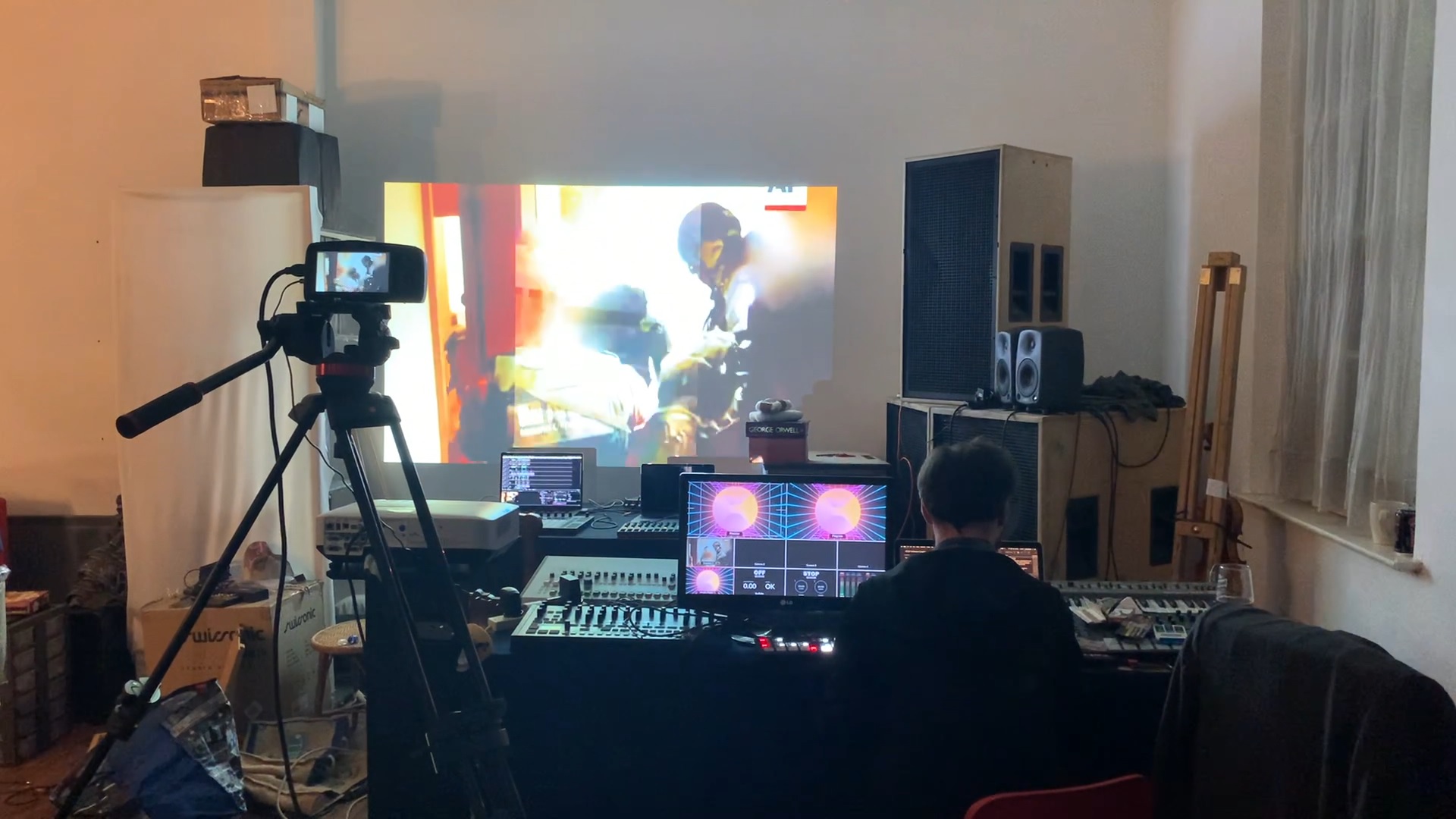