Forbidden Soviet Music ‘On The Bone’

Many older people in Russia remember seeing and hearing strange vinyl type discs when they were young. The discs had partial images of skeletons on them and were called ‘Bones’ or ‘Ribs’.

They are images of pain and damage inscribed with the sound of forbidden pleasure; fragile photographs of the interiors of Soviet citizens layered with the ghostly music that they secretly loved. They are ‘Roentgenizdat’ – in a culture where the recording industry was ruthlessly controlled by the state, music-mad bootleggers discovered an extraordinary alternative means of reproduction: they repurposed used x-ray film as the base for records of forbidden songs.

Vivid Projects is delighted to present X-Ray Audio: Forbidden Soviet Music ‘On The Bone’, a project set up by Stephen Coates with Paul Heartfield to research, record, collect and publish the images, stories and sounds of these extraordinary records and the people who made and listened to them.

In this expanded exhibition developed for Birmingham, we bring together original X-Ray plates obtained from hospitals and engraved with the grooves of copied gramophone discs, with interview footage of the bootleggers, new moving image works and ephemera.

“The X-Ray Audio Project is a labour of love researched over many years – is an archive of samizdat creativity, cultural resistance, daring entrepreneurialism. It uses forensic snapshots of physical bodies in order to shed light on a spellbindingly obscure subgenre of discography, and as a portal into a little-known but imaginatively intoxicating chapter in post-war Communist history.” 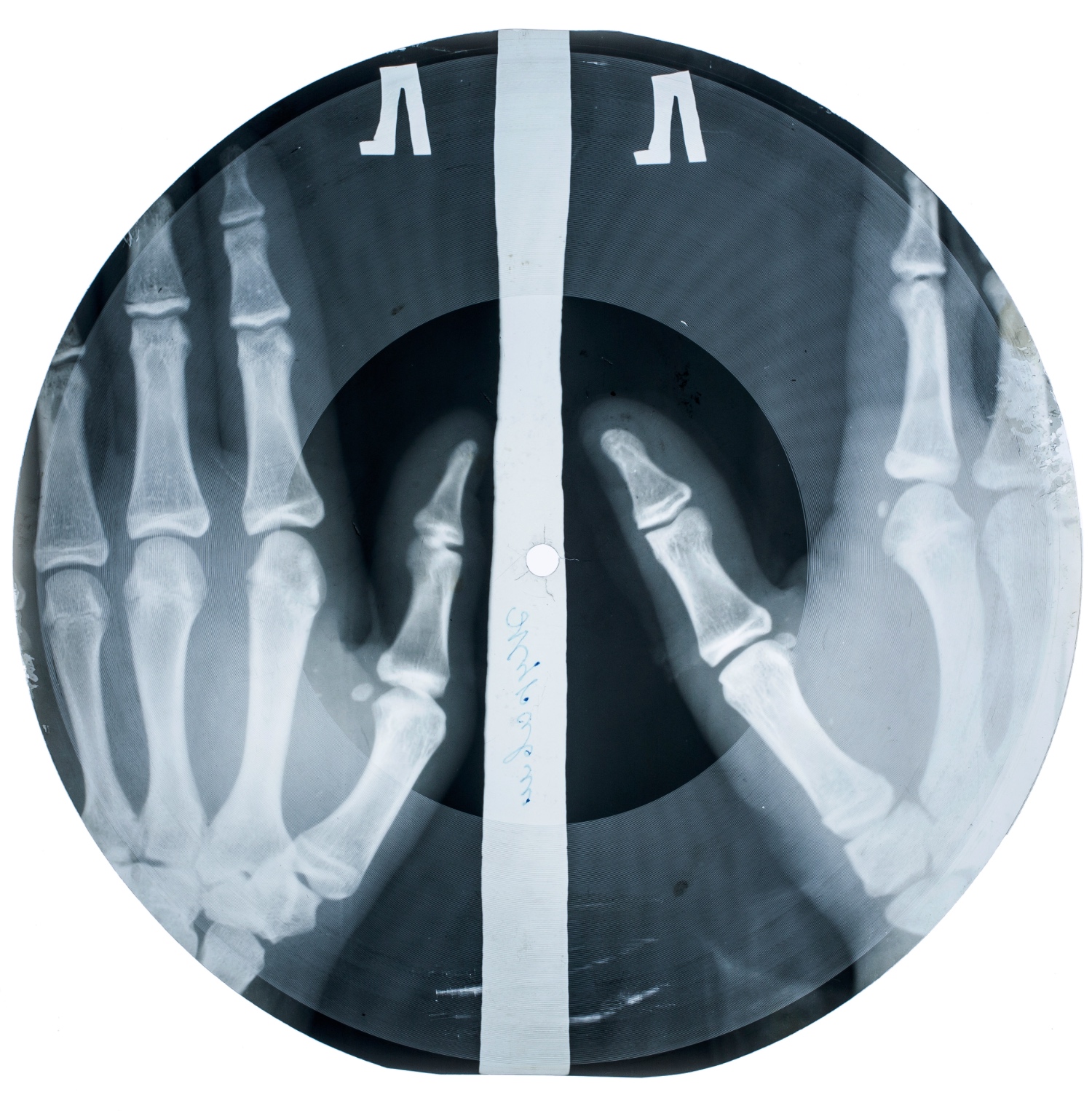