In 1966, ten New York artists and thirty engineers and scientists collaborated on a series of innovative dance, music and theatre performances: 9 Evenings:Theatre & Engineering. The programme included artist John Cage, whose Variations VII made use of electronic equipment and systems to capture and manipulate sounds present at the time of the performance.

“The sound system was designed with the limitation that only sounds that arose during the performance were to be used — in other words, the performers would not make any actions to generate sounds deliberately, but rather would use technological means to discover sounds in the air ‘as through with a net’.” – James Pritchett

Don’t miss your chance to see this rare and historical film – made up of archival footage of the performance and documentary interviews. The screening will be introduced by Dr Annie Mahtani, sound artist, composer and Lecturer in Electroacoustic Composition at University of Birmingham.

Presented as part of Digbeth Delights, an afternoon of avant-garde performances, workshops and talks across Minerva Works to coincide with Supersonic Festival. Join us 12-5pm for brutalist composition, contemporary improvisation, punk protest art, and poetic robotics. 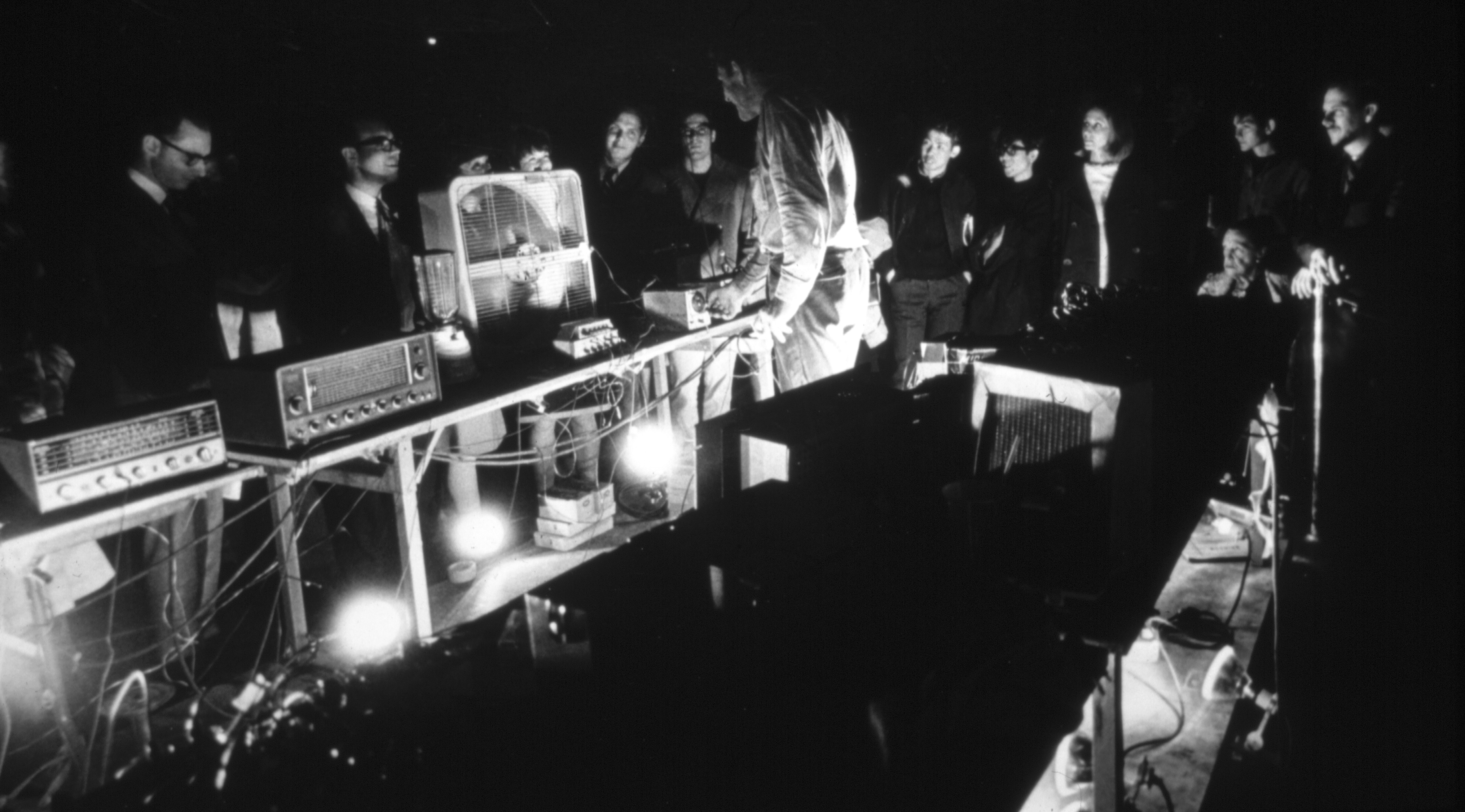