The Black Hole Club is a lively, daring space for all kinds of creative people to share and test ideas. The emphasis is on collaboration and networking and the vibe is convivial, supportive and eclectic.

Following an open call for participants we are shaping the club with a cohort of twelve people from a broad range of creative backgrounds:

John Bradburn is a Senior Lecturer in Film Production and active filmmaker. He graduated from The International Film School, Wales in 2002 with a Masters in Film and has written extensively for film journals such as Vertigo, One+One and A Nos Amours. His work has been screened at festivals including The Seattle International Film Festival, West County Los Angeles and The London Short Film Festival.  He is currently involved in producing experimental short films for a variety of alternative bands and with these work is interested in the representations of a variety of subconscious mental states.

His research interests include the representation of mental illness in cinema and he has presented on this subject at The Royal College of Psychiatrists AGM as well as at Birmingham, Manchester, Bristol, Liverpool, Nottingham and Leicester Universities.

His interests also cross over into his experimental electroacoustic composition. He works with field recordings and musical improvisations degrading them through tape rerecording techniques to create an analogous experience of memories recessing and emerging from mind. He has performed these tape manipulations live at The Gallery of Modern Art Oxford and The John Hansard Gallery Southampton among others.

Faisal Hussain is an experienced Journalist, Assistant Producer and Artist. His broadcast work ranges from a BBC 2 series, original journalism reports for BBC Asian Network radio, freelance voice over work, and most recently, a TV series looking at Muslim Diasporas throughout Europe for ntr France. Faisal has also worked with many arts organisations, social enterprises and businesses, and has produced a variety of media for them, including graphic and web design, video and audio production. Faisal also produces music. Website: www.faisfx.com

Michael Lightborne is an artist based in the UK and Ireland, who works primarily with sound and moving images. Website: www.michaellightborne.com

Siân Macfarlane is an artist working with photography, film, and performance. She has a particular interest in archival sources, vernacular imagery, and obsolete technology. She re-stages and reconfigures elements, weaving in her own narrative, to activate the archive and re-instate it in the present.  She is concerned with how we interact with place, and the relationship between the visual and other senses.

She recently graduated from London College of Communication with a Photography MA, where her installation piece won two awards; the Photofusion and MACK/MAPP awards.  She is currently undertaking residencies at New Art Gallery, Walsall and Croome Park.  She performs experimental music as SWLLWS. Website: sianmacfarlane.com

Ashok Mistry works with a varied palette of media and a schizophrenic array of themes, linked by recurring formal concerns exploring the language of data. Motifs play a big part in his work and are seen as units of data or understanding. Ashok’s approach has been to remove motifs from their original context and understand their value beyond affectation. Website: ashokdmistry.com

Emily Mulenga’s practice is based around experiences in virtual spaces and contemporary forms of consumption. She is currently focused on performative video, using her own image to explore stock characters while splicing different spaces and times. She was selected to show in the New Art West Midlands 2014 exhibition, and was last year a recipient of Eastside Projects’ graduate bursary. Website: emilymulenga.wix.com/artist

Antonio Roberts is a new-media artist and curator based in Birmingham, UK. whose work focuses on the errors and glitches generated by digital technology. Since 2007 he has curated a number of exhibitions and projects including fizzPOP (2009 – 2010), GLI.TC/H Birmingham (2011), the Birmingham edition of Bring Your Own Beamer (2012) and Dirty New Media (2013). Website: hellocatfood.com

Birmingham based Sparrow+Castice make works which often have words in but sometimes don’t. These works take the form of print, video and sculptural structures. 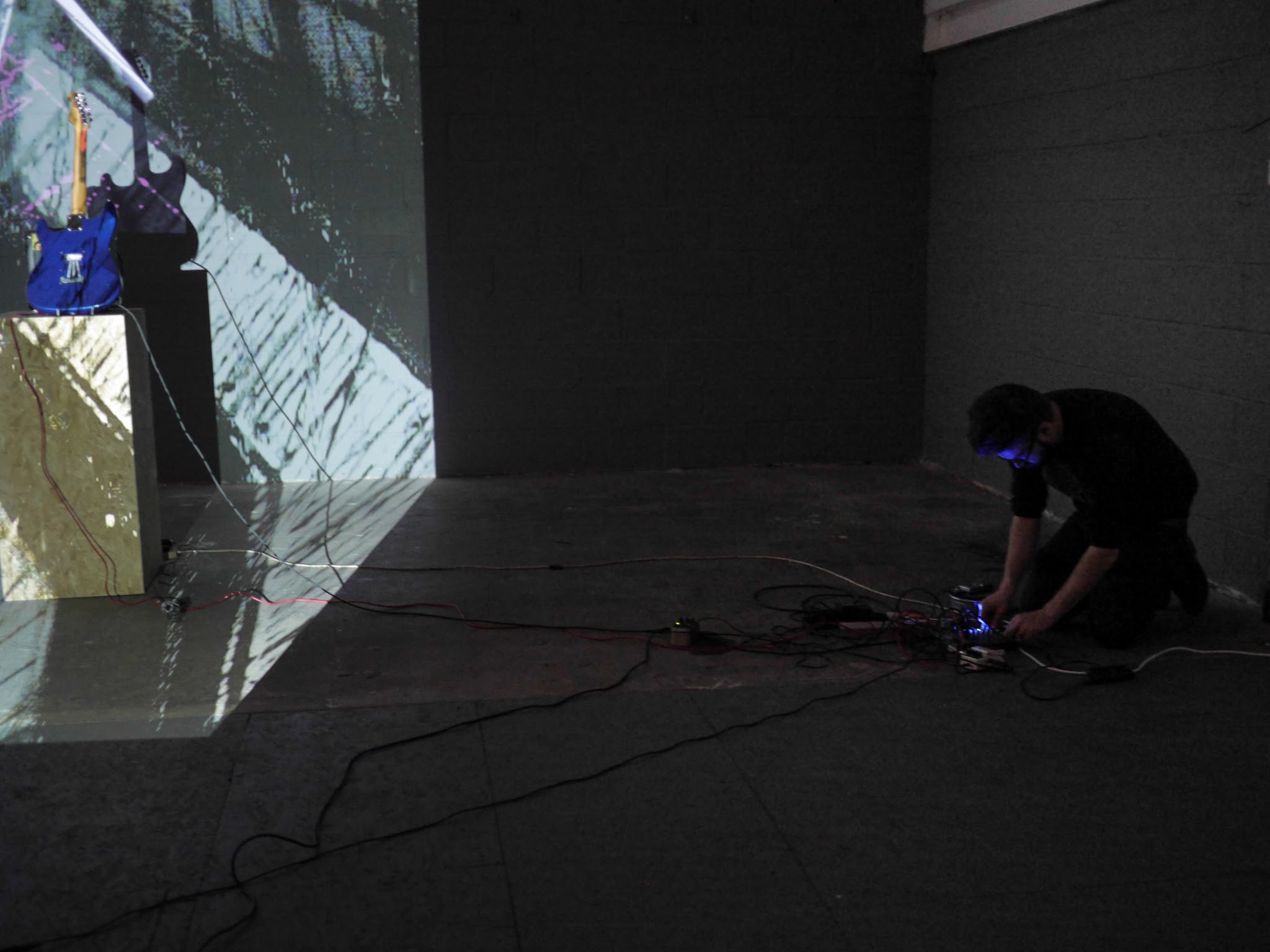