We are pleased to present Reimaging Donald Rodney, a programme of exhibition and events exploring digital legacy and identity through the work of Black British artist Donald Rodney (1961 – 1998). This is the first UK exhibition to specifically examine Rodney’s digital practice, and includes an events series to explore the potential of Rodney’s archive as a starting point for exploring cultural, physical and social identity.

Donald Rodney was considered to be one the most significant artists of his generation. He chose to incorporate his medical condition in his artistic practice, using it as a metaphor of black emasculation and racial stereotyping. Born in Smethwick, West Midlands in 1961 to Jamaican parents, Rodney and his family lived on Marshall St, visited by Malcolm X in 1965 when racial tension in the area was high. The racial climate to which Rodney was exposed had a lasting impression on him. He developed his artistic skills during prolonged periods of hospitalisation, resulting in him regularly missing school, due to his sickle cell condition. After taking an arts foundation course at Bournville School of Art in Birmingham he went on to Nottingham Trent, where he met Keith Piper and Eddie Chambers.

Whether political or personal, Rodney illustrated his versatility, utilising a range of mediums for artistic expression through painting, installations, audio, robotics, film and archive.  Becoming a prominent member of the Blk Arts Group, Rodney highlighted the socio-political condition of Britain of the 80s/90s, its colonial past and the ensuing global impact.  Sadly, Rodney died from sickle-cell anaemia in March 1998, aged 37.

The new works developed for the exhibition include doublethink (2015), a bespoke online site designed and developed during workshops as part of a one year research process, with the participation of members of Wolverhampton Sickle Cell Care and Activity Centre (WSCCAC) and artists Antonio Roberts and Sam Wray. Alongside this we present  Autoicon (1998), the original digital archival website created in 1998 by Mike Phillips and members of Donald Rodney plc. Autoicon was created specifically as a digital repository of archival artefacts, related to Rodney.  Rodney and Mike Phillips, as former students of Slade School of Art, were inspired by Jeremy Bentham, its founder, who left instructions for his own immortalization, through the creation of his Autoicon.  “The Rodney Autoicon is being fashioned from the body of medical information gathered over a lifetime, by assembling a virtual body he will be able to exist in a pure information space”.

The 1997 work, Psalms wheelchair has been brought out of long term storage for this exhibition, and is the impetus for a new performance commission in collaboration with Birmingham Dance Network. Originally unveiled at South London Gallery, October 1997, as part of Rodney’s “9 Night in El Dorado” exhibition,  Psalms is motorised using a computer programme, which enables it to continually navigate the gallery space, avoiding obstacles, human and inanimate objects alike. The wheelchair was modified at the School of Computing of the University of Plymouth to perform a repeated sequence of circles, spirals and figures of eight, as specified by the artist. Psalms uses 8 sonar sensors, shaft-encoders, a video camera and a rate gyroscope to determine its position; a neural network using normalised RBF nodes encodes the sequence of 25 semi-circular sequences of positions forming the trajectory.

Reimaging Donald Rodney  raises questions and supports audiences to explore how digital technologies enable, re-define and extend the creative potential of artists disabled by circumstances both social, physical and situational. This aspect is explored further through artist talks and a symposium supported by The Paul Mellon Centre for Studies in British Art and  University of Birmingham to examine the scope of digital tools to extend artistic practice for marginalised artists. Through the exhibition and events, we hope to create a space where people can engage with and contribute to critical discourse on art, health and society. 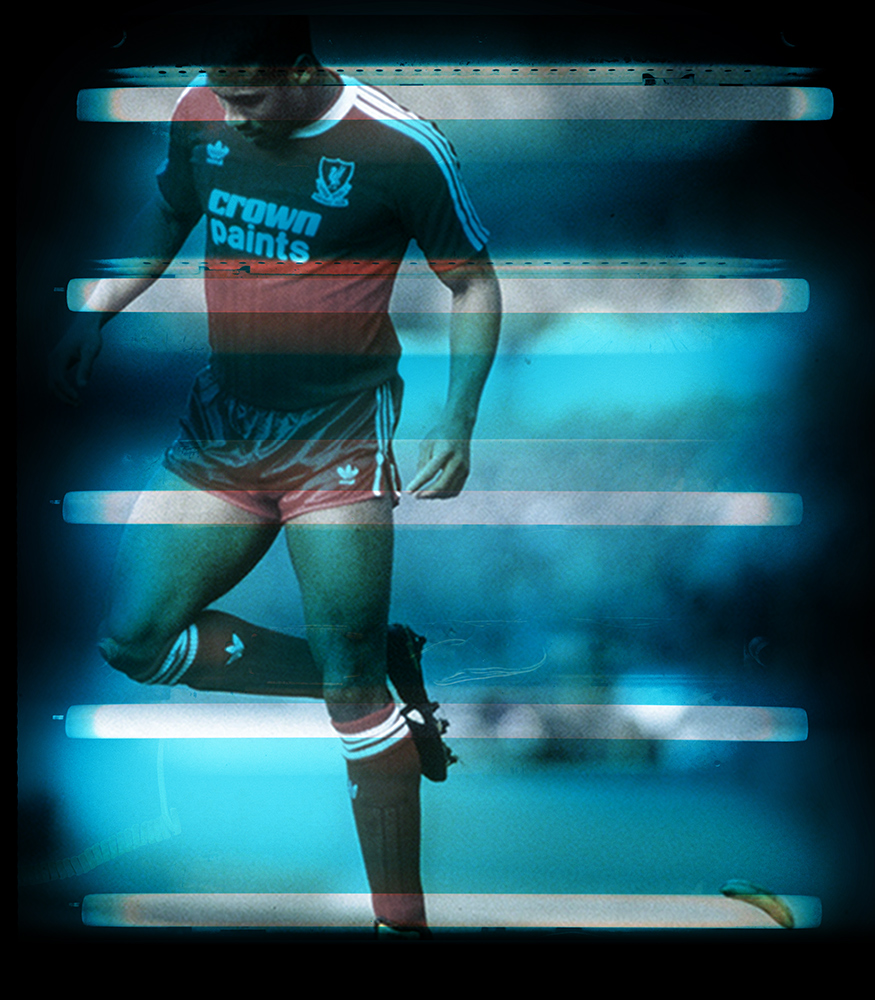