Robert Rauschenberg was among the founding members of Experiments in Art and Technology (E.A.T.), a non-profit organization established to promote collaborations between artists and engineers within in industrial environment.

Open Score is a movement piece that was performed as part of the original 9 Evenings series. Robert Rauschenberg derived the content of his performance from the characteristics of the performance venue.

The tennis racquet suggested both the idea of the readymade (at other times tennis was played at the venue) and that of a dance improvised in accordance with specific rules. Each time a racquet hit a ball, the venue lighting dimmed, which conferred on the player’s actions a function bound up with a complex technological system. In the second part of the piece, a crowd assembled on stage in complete darkness, filmed by infrared cameras.

Open Score is presented as part of 9 Evenings: Redux, a season of new collaborative commissions in which artists will critique, re-work and react to the seminal 1966 series 9 Evenings: Theatre & Engineering. 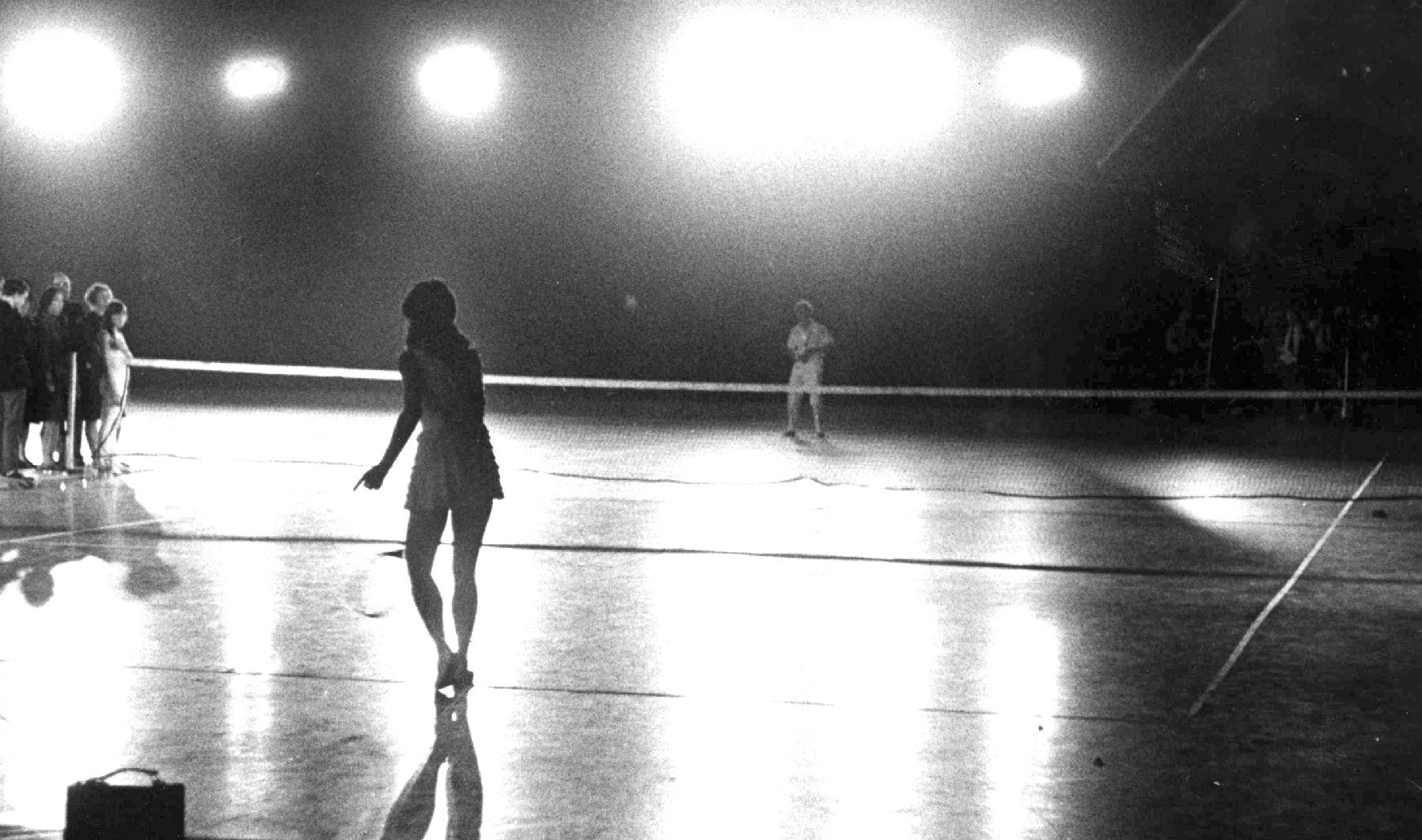