Yvonne Rainer founded the Judson Dance Theater in 1962, the genesis of a movement that proved to be a vital force in modern dance in the following decades. Rainer performed Carriage Discreteness as part of the original 9 Evenings series and it is the only one of her choreographed pieces to incorporate technology into its very structure.

Rainer transmitted instructions to the performers, who wore FM pickups on their wrists, telling them to carry objects from one part of the floor to another. Props included slats, slabs, cubes, planks, sheets of different materials like Masonite, wood, and styrofoam beams. Rainer also had preprogrammed events which were set in motion when her piece began. They included a super ball dropped from the ceiling, a garbage can releasing pieces of foam rubber over the area, a lighted lucite rod travelling high over the performance area, and films projected onto screens that were cued to fall at the performance’s end.

This screening is presented as part of 9 Evenings: Redux, a season of new collaborative commissions in which artists will critique, re-work and react to the seminal 1966 series 9 Evenings: Theatre & Engineering. 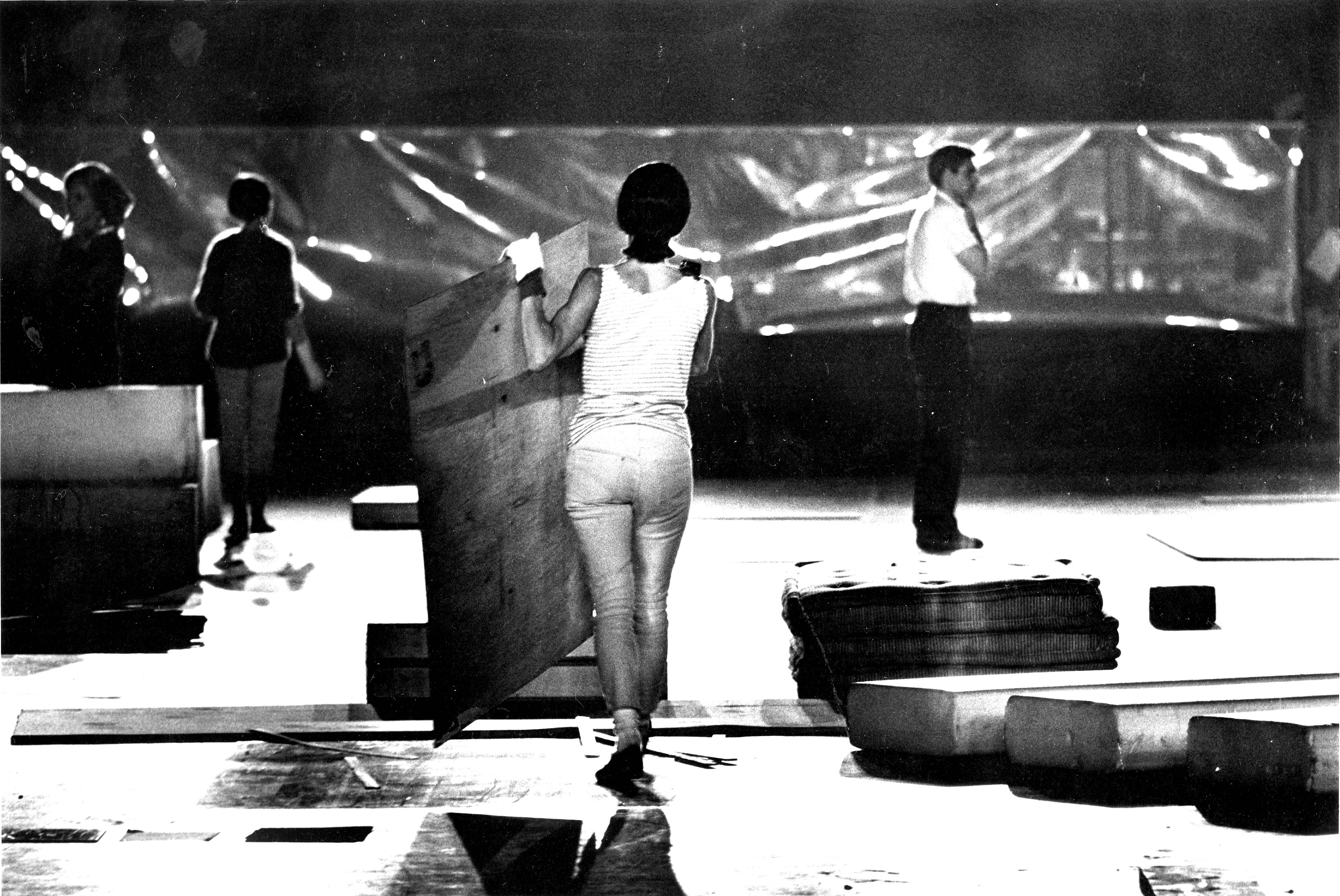