Whilst our planned open access video viewing space is on hold IRL, we are taking the project online with our new ‘Videotheque’ Vimeo channel. This summer we are highlighting timely selections from the Birmingham Media Archive Project, an ongoing initiative exploring the tape and print archives of 1980s trade union and media resource centres and collaborations between the labour movement and emerging community filmmakers, photographers, designers and publishers.

We are delighted to launch the screenings with Birmingham based director Yugesh Walia’s 1982 film, African Oasis.

“A culture needs a centre”

These are the opening words of African Oasis, spoken by Derrick Anderson. Produced by Roger Shannon for Birmingham Film Workshop, African Oasis is a documentary exploring the former Handsworth Cultural Centre in Birmingham. The centre was a community based cultural project initially set up as the Handsworth Alternative Scheme (HAS) with Home Office funding, to assist the probation service in finding alternatives to custody for young Black offenders from the Handsworth area. Within a few years, the Centre moved on from being an after-care facility to an oasis of cultural activity for Handsworth’s Black community. The film includes interviews with centre users including Kokuma Dance Company and the centre’s visionary founder, Bob Ramdhanie.

African Oasis is one of a trio of films that Yugesh Walia made highlighting aspects of Black and Asian culture in 80′s Britain (Mirror Mirror, 1980; Sweet Chariot, 1981; African Oasis, 1982). In 2009 African Oasis was digitised as part of Participation, an exhibition project originated and curated by Yasmeen Baig-Clifford for VIVID. Participation examined the ‘missing voice’ of independent moving image practice: the film and video workshop movement which was activated by the ACTT ‘Grant-aided Workshop Production Declaration’ and resulted in commissions from the newly established Channel 4.

“What the workshop did was to provide me with a crucial umbrella of support. I was the only Asian filmmaker around at that time. There were absolutely no opportunities at the beginning of the 1980s for Asian filmmakers.  It was my first documentary, produced by BFVW – and after seeing this, and following a strong pitch from BFVW, Alan Fountain at C4 franchised the Workshop.

“My first film, Mirror Mirror, the success it had, was pivotal in BFVW gaining support and momentum, and BFVW went on to win several commissions from C4. I subsequently made two bigger budget dance films for C4; and the C4 diversity remit did benefit Endboard early on. We (Yugesh and brother Sunandan) established Endboard Productions in 1985.’

In 2018 Birmingham Museums Trust acquired the three films for the city’s collection through the award-winning engagement-led project, Collecting Birmingham. Funded by the National Lottery Heritage Fund, the project enabled the people of Birmingham to take an active role in developing the city’s collection so that it better reflects their stories of growing up, living and working in the city.

Read:  We were learning on the go an interview with Yugesh Walia by Cathy Wade.

This screening is taken from works in the Participation strand of our archive. Firmly rooted in our precedent organisation’s origins as the Birmingham Centre for Media Arts, established in 1992, the Participation project (2009-10) focused on the emergence of new film forms, politics and practices in the 1980s.

Many individual filmmakers and producers contributed material to the programme from their private archives, providing not only original film and video tapes for digitisation but also key texts, photographs, diaries and ephemera from the period. Interviews were carried out to create an oral history of the Birmingham Film and Video Workshop and a number of key works were digitised with the support of the regional screen agency.

A critical selection of works was exhibited from key film and video workshops and groups who, motivated by a desire to effect social change, forged new approaches to political themes that emerged nationally. The show included exhibition and presentation from Amber Films, Black Audio Film Collective, Sankofa and Sheffield Film Co-op amongst others, and had a special focus on the Birmingham Film and Video Workshop whose largely unknown yet groundbreaking work was presented for the first time in decades.

The provision of dance, music, film and the African Village, were all part of the Centre’s unique approach to ‘re-culturalisation’ and the development of new cultural identities in the face of negative stereotyping. In Walia’s film, the dance company Kokuma and reggae band Oneness are filmed in concert, and in the studio spaces at the Centre. Bob Ramdhanie and Derrick Anderson eloquently discuss the background and the need for such a centre in Handsworth.

See : a recollection from Nicky Reid, featured in the film.

The African village that in 1981 became a feature of the Handsworth landscape was the brainchild of Bob Ramdhanie, a Trinidad-born probation worker who had run the Handsworth Cultural Centre, to which the village was attached, since its opening three years earlier. Based on one of the area’s busy thoroughfares, which was made up of an increasingly dilapidated Victorian housing stock, to Ramdhanie was a space that could offer creative channels for black youth to navigate their experiences in inner-city Birmingham by locating them within a historical, transnational framework that encompassed the black globality. 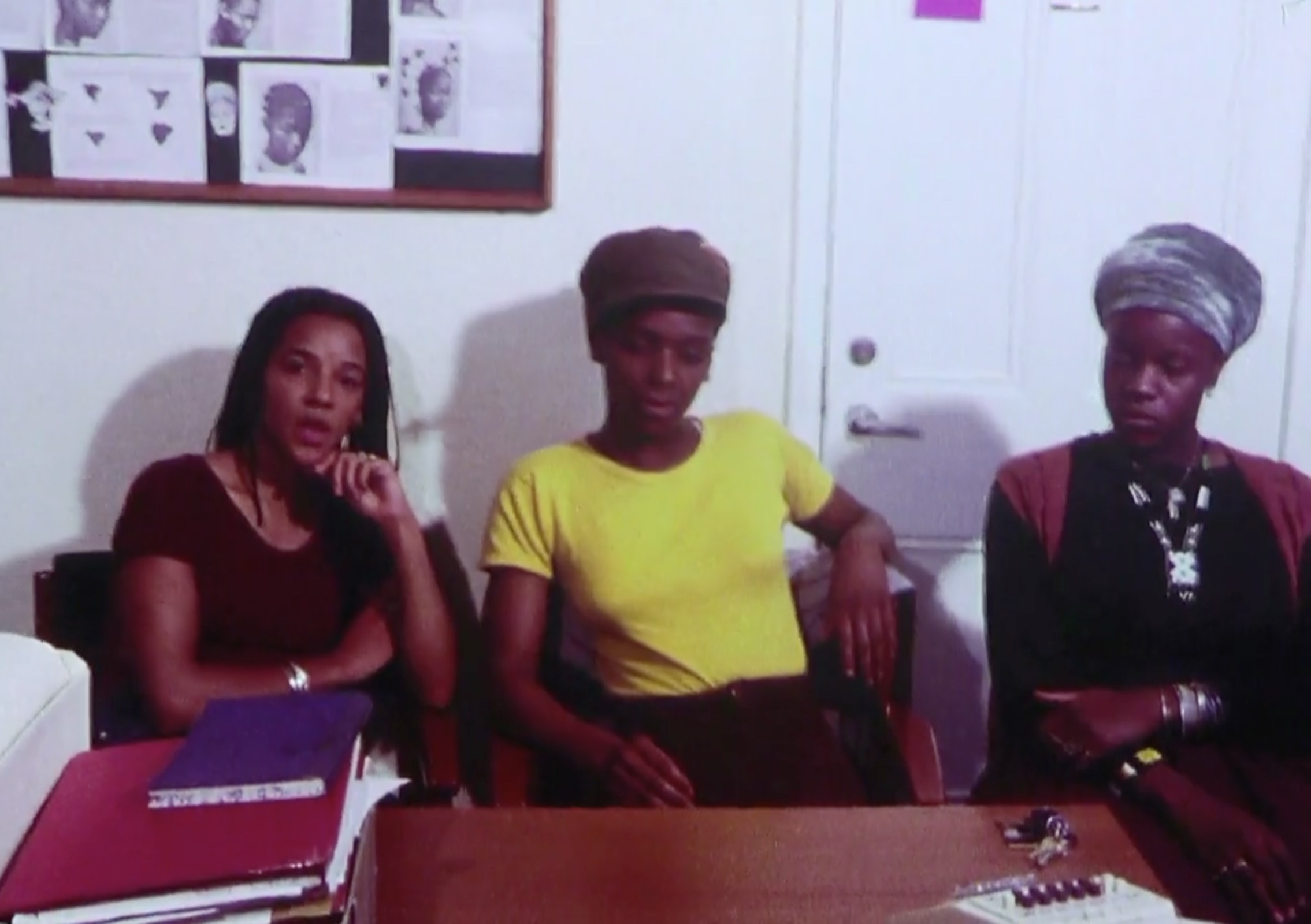