Whilst our planned open access video viewing space is on hold IRL, we are taking the project online with our new ‘Videotheque’ Vimeo channel.

The second screening from the Birmingham Media Archive Project presents a film made for the Anti-Deportation Campaign in the West Midlands, produced by TURC Video and featuring campaigner Muhammad Idrish.

After studying Physics at Dhaka university Muhammad came to the UK in 1976 for postgraduate training in optical technology at Bristol Polytechnic. He later married and applied to remain in the UK as the spouse of a British citizen, which was granted. Refused permanent residency following the break up of his marriage, Muhammad was threatened with deportation. He fought back. A campaign to stop Muhammad’s deportation received widespread support and his trade union NALGO (now UNISON ) took up the fight nationally. Muhammad’s campaign against his deportation was a powerful moment of a joint struggle between anti-racist and trade union movements, and was unique in being documented by the Birmingham Trade Union Research Council’s video filming and distribution initiative, TURC video. A common purpose was established; black people fighting collectively against racism and for justice.

After three years of public campaigning a London court ruled in his favour and the Government was forced to reverse its decision. After winning his campaign Muhammad was actively involved in setting up of West Midlands Anti Deportation Campaign and the National Coalition of Anti Deportation Campaigns.  These two organisations successfully campaigned for scores of individuals and families. Muhammad retrained as an Immigration Advisor and worked for nearly thirty years with Asian Resource Centre –  a voluntary sector, civil rights organisation based in the Handsworth district of Birmingham. He is now retired from paid employment but still active in campaigns for justice and equality.

Copy of the original national march and rally poster Idrish_Rally_Poster 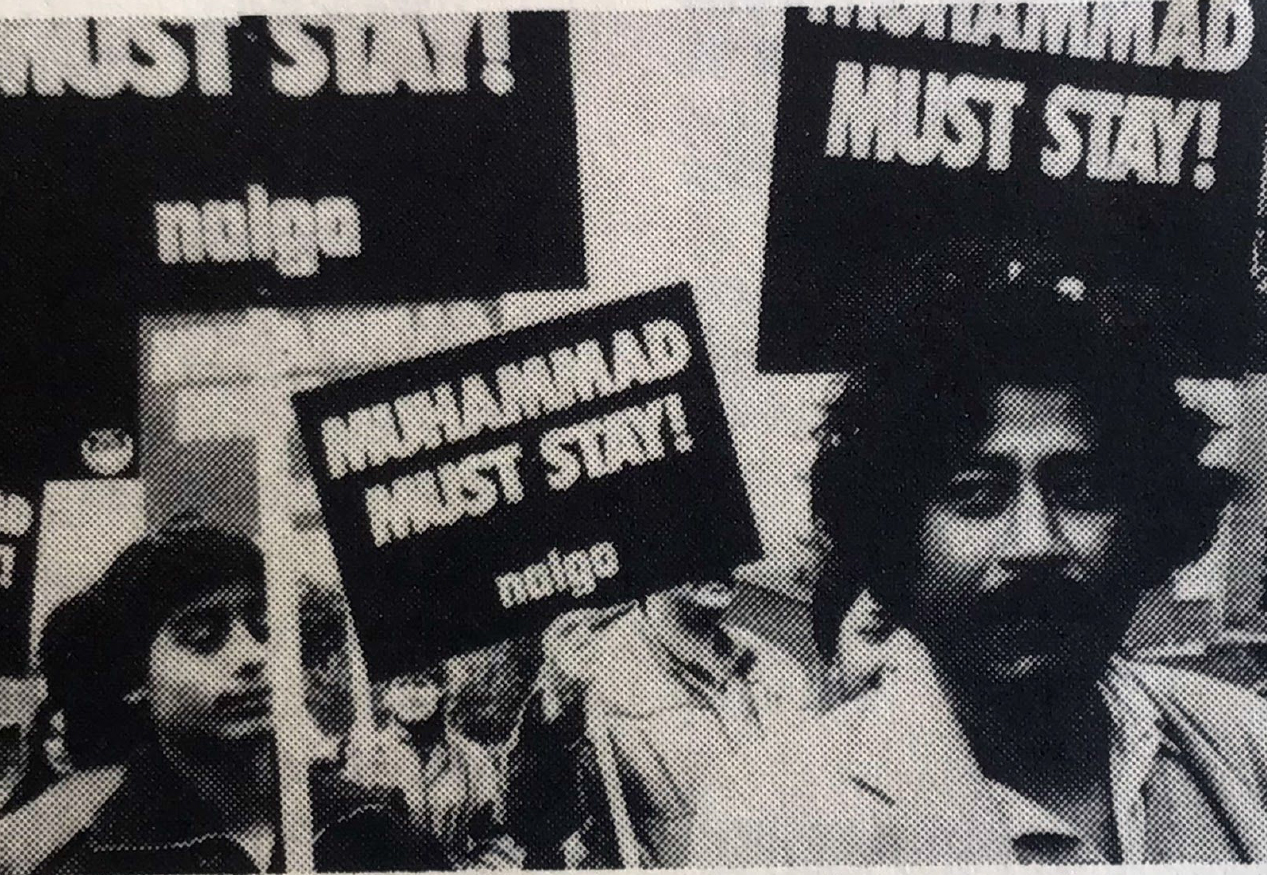