Join us for an afternoon lab of demonstrations and critical thinking considering the impact of digital technologies on the innovative British artist Donald Rodney. Artists, curators and technologists examine the artist’s final works, re-defined through embodiment, augmentation and remixing.

The lab explores Rodney’s digital practice in detail, and will interrogate the artist’s key technology enabled works originally produced in the 1990s, in a dialogue between contemporary new media and interdisciplinary artists and members of the original art making collective ‘Donald Rodney plc’ including Mike Phillips and Gary Stewart.

The 1997/98 works Autoicon and Psalms will be demonstrated and participants will be able to interact with them. Psalms is a wheelchair modified at the School of Computing of the University of Plymouth to perform repeated sequences specified by Donald Rodney. It uses 8 sonar sensors, shaft-encoders, a video camera and a rate gyroscope to determine its position; a neural network using normalised RBF nodes encodes the sequence of 25 semi-circular sequences of positions forming the trajectory.

Autoicon was a dynamic internet work that simulated both the physical presence and elements of the creative personality of Donald Rodney. After initiating the project, Rodney died from sickle-cell anaemia in March 1998. Ian Sergeant, curator of the 2016 exhibition Reimaging Donald Rodney will consider the research process behind a one year project with the participation of members of Wolverhampton Sickle Cell Care and Activity Centre (WSCCAC) to produce a response to this, doublethink (2015). Alongside this, Cathy Wade will present a dialogue with the ‘data body’ of Autoicon.

The lab will conclude with a presentation from leading new media artist Antonio Roberts, who considers the implications of co-authorship, authenticity and superceded technologies in revising and augmenting original works in the context of recent digital practice.

Book your place at the Lab 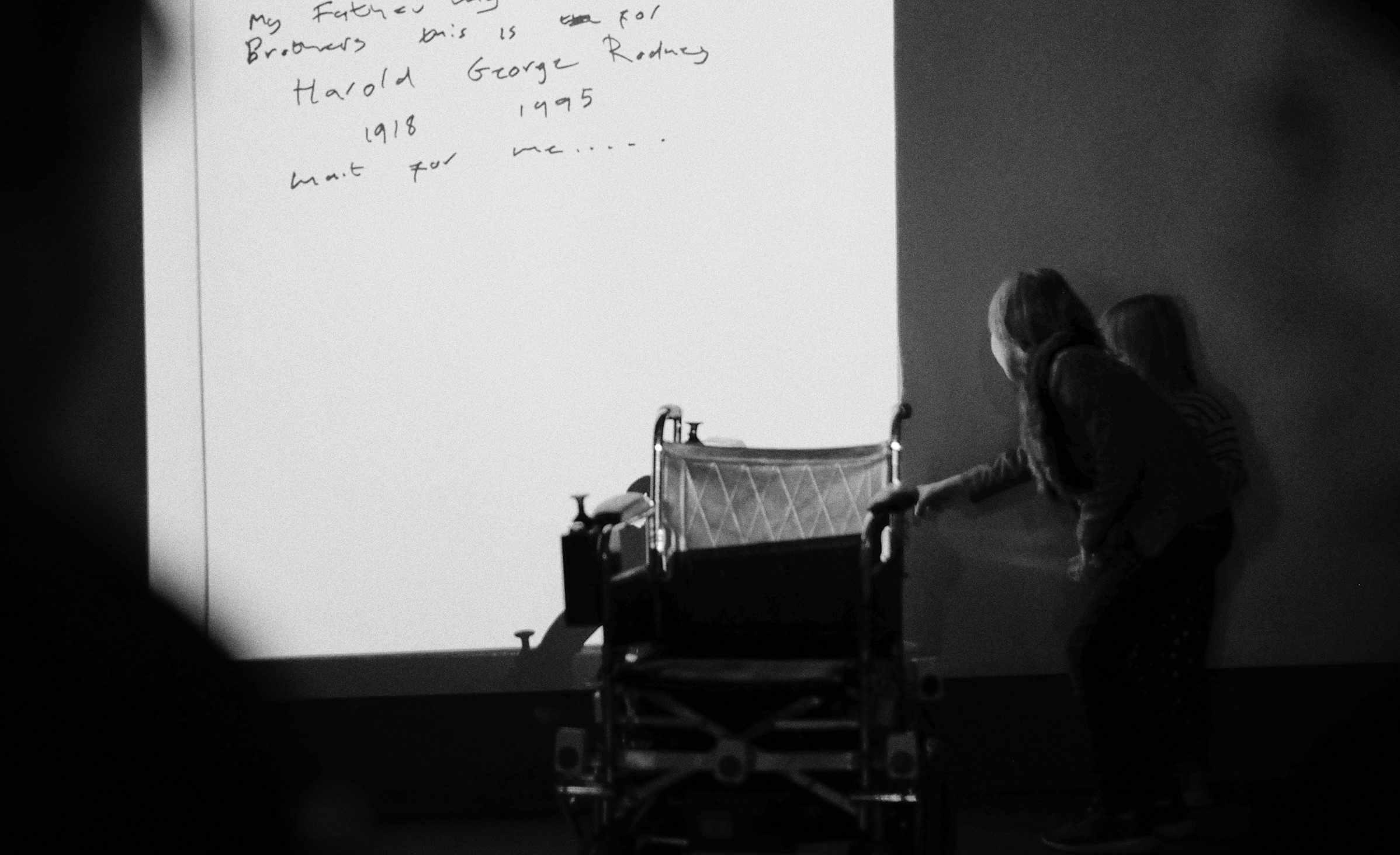