The exploration, revision and dissemination of collective and individual practices are critical outcomes for the Black Hole Club Cohort.

This August Craig David Parr, De’Anne Crooks and Rosa Postlethwaite are using time and space at Vivid projects for Testing/Trying_Out.

From the 5th – 7th of August Craig David Parr manifests Temporary Phantasmous Zone through installation. The work commissioned for Meadow Arts RURALities programme, explores theory, fantasy, magic, sci-fi, history and class struggle in a series of film chapters that act as a hybrid world. One that seeks to reconnect with regional folklore traditions through utilising hopefulness and magic practices – as tools to transform the world.

Temporary Phantasmous Zone is open to the public 6:30 – 8pm on the 5th of August, then 12-5pm on the 6th and 7th of August. Craig will discuss the ideas that have formed this work in an informal talk on the 6th of Aug at 4pm.

On Friday the 13th of August from 6-8pm De’Anne Crooks and Rosa Postlethwaite present two performances informed by ongoing research and investigation.

Come and join us, and expect further activities to be added to this programme later this year. 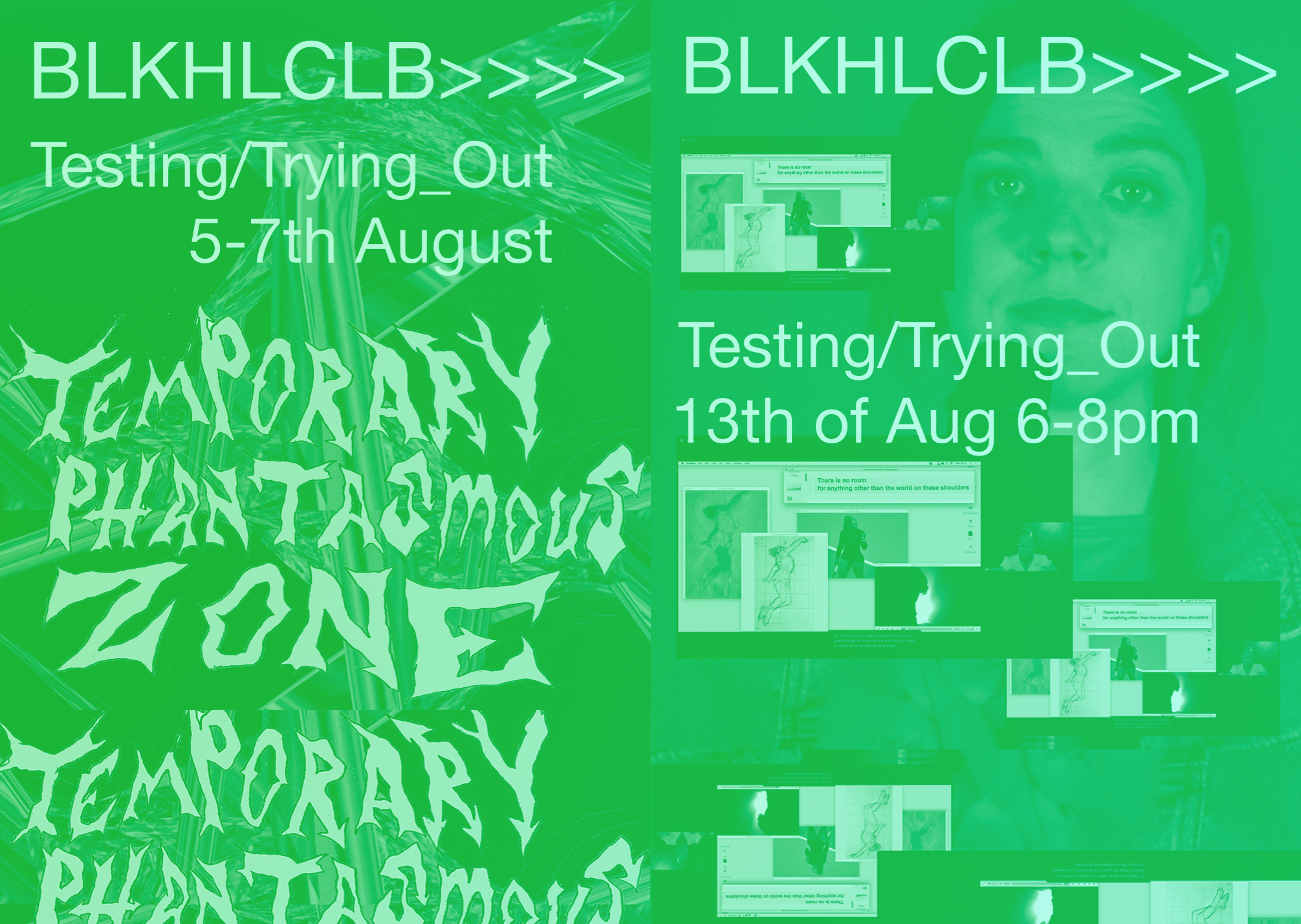