3 Songs on Pain Light and Time | The Genome Chronicles

We are pleased to present screenings of two important films exploring the artist Donald Rodney’s life: The Genome Chronicles and 3 Songs on Pain Light & Time. The screening will include a Q&A with curator Ian Sergeant and Yasmeen baig-Clifford, Director of Vivid Projects.

Please note that Dr Rina Arya is not able to attend this event.

3 Songs on Pain Light and Time (1995) is a rarely seen video portrait in deliberately unbalanced colours, made by Trevor Mathison and Edward George and produced with Black Audio Film Collective. The Genome Chronicles (2009) is directed by acclaimed film maker and artist John Akomfrah. In the space of a few days in 1998,  Akomfrah lost two people very close to him: his mother and a friend, the British artist Donald Rodney. The Genome Chronicles is the filmmaker’s response to these events in the form of a ‘song cycle’ in ten parts, which combines his own footage of repeated trips to the Scottish islands of Skye and Mull with Rodney’s own Super 8 footage. 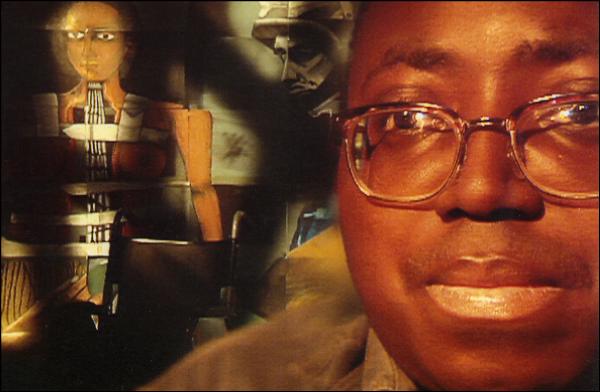